Can't find the appropriate forum for your topic? Post it here!

Not only is the Dune novels full of the best of the best involving intrigue, politics, philosophy, but also the ecology of Arrakis is perhaps not so far off reality. Today I read about a scientific report that desert planets may be a lot more stable in terms of climate and that way there could be a large number of those harboring life since the so called Goldilock Zone would have a larger marginal. You can read more about it here http://www.space.com/12800-alien-life-d ... -zone.html where Arrakis is actually used as an example.
Top

interesting
could you explain the "marginal" ?

found the GZ on wiki but using an adjective as a noun sounds rather like a marginal use to me
Spice is the worm's gonads.
Top

Just so I'm clear, the fact that they don't have oceans messing with their climate means that they experience less weather (obviously) and this allows for greater variance in the distance the planet can be from it's sun that would allow for life? Makes sense on the surface, but I'd have to think about it more. Also, it'd be interesting so see if life would ever get past lichen and such on a planet with so little water. 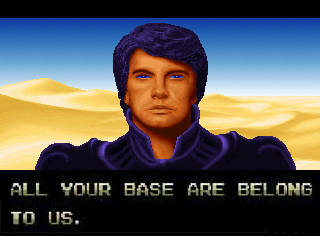 It would be unlikely the any life on such a planet would end up being "Ugly, ugly, giant bags of mostly water".

I don't think the author should make the reader do that much work - Kevin J. Anderson
We think we've updated 'Dune' for a modern readership without dumbing it down.- Brian Herbert
There’s an unwritten compact between you and the reader. If someone enters a bookstore and sets down hard earned money(energy) for your book, you owe that person some entertainment and as much more as you can give. - Frank Herbert
Top

lotek wrote:interesting
could you explain the "marginal" ?

Sorry, yeah I meant "margin" the noun. It's what Eternity says; that a desert planet with potential life could hang out at a wider span of possible orbit around its star with little risk of any sudden disastrous changes to its surface, thus increasing the likelihood of existence of such planets. But this is just one variable.. We need more data for our mentat input.
Top

Sorry if this is inappropriate here, but I feel like I make too many threads.

One of the listed animals on Dune is a kit fox. I just realised that maybe Frank placed the Japanese Kitsune fox in the future with a contracted name?

One thing for sure is that foxes are pretty darn good at survival. Some live in deserts and others thrive in the arctic.
Top The kit fox (Vulpes macrotis) is a fox species of North America. Its range is primarily in the southwestern United States and northern and central Mexico. Some mammalogists classify it as conspecific with the swift fox, V. velox, but molecular systematics imply that the two species are distinct.

Range
The northernmost part of its range is the arid interior of Oregon. Its eastern limit is southwestern Colorado. It can be found south through Nevada, Utah, southeastern California, Arizona, New Mexico, and into western Texas.

Paul of Dune was so bad it gave me a seizure that dislocated both of my shoulders and prolapsed my anus.
~Pink Snowman
Top
Post Reply
8 posts • Page 1 of 1