McDune ... It is finally here

Page 2 of 3
by Omphalos
That is great!!
by Freakzilla
Outfuckingstanding!

by Serkanner
Excellent stuff!
by SandChigger
Can we repost it, linking to your image hosting? Or would you prefer we rehost it?

(All credit and glory be thine, of course!

)
by orald
Am I the only one who has no idea what this is all about?

orald wrote:Am I the only one who has no idea what this is all about?

Another one o' them north-american cultural-bubble thingies?

It's "finger lickin' good"!
by Phaedrus
Repost to your heart's content, it's free for me.

by Robspierre
That brings a tear to me eye *sniff*

Rob
by orald
I wonder if Brian would fit the McDonald's clown outfit...they both have fake curly hair and are creepy.
by SandChigger
I'll see what I can come up with this morning.

"Colonel Anders" is a tough act to follow, though!

by A Thing of Eternity
What happened to the eyes!?

EDIT:Is it pinky or the brian?
by Omphalos
That's fucking creepy. Keep it as creepy, but make it more identifiable Kevin. Maybe give its Kevin hair, the few follicles colored orange.
by SandChigger

And yeah, I know it's creepy. But when I thought about it...it's probably pretty accurate: vacant eyes staring, the lights are on but you're not quite sure if there's anyone at home....

(Again, I'm not really thrilled with it myself, but there aren't a lot of great pix of Brian out there. He's just not as narcissistic as da Colonel.

)
by A Thing of Eternity
I meant one eye being way higher than the other, but the rest of the face looks like it's straight on. Very creepy is that's actually how his eyes are placed in his face. Have the original pic?
by SandChigger
Ahp. Took his face (off?) from this: 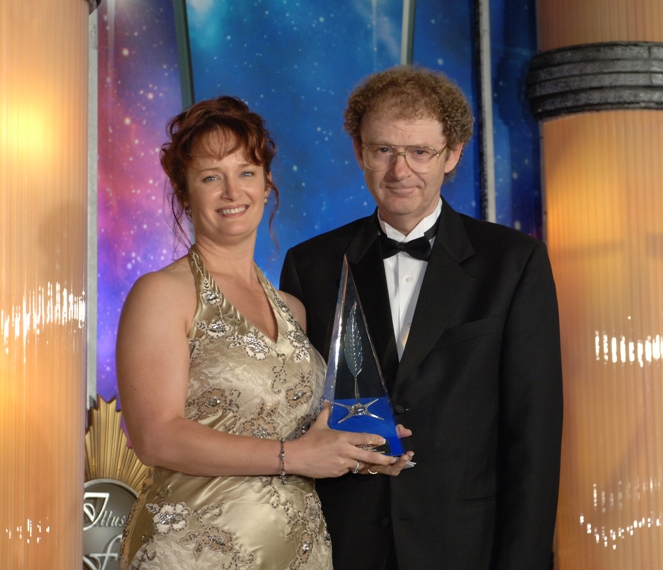 by GamePlayer
Which one, right or left?

by Phaedrus
I decided to take a crack at this one, just to see what I could come up with...SC's right, this is a lot harder(turning someone into a clown makes them much less identifiable...

by orald
Can't see it.

by SandChigger
Don't worry...very few people see Brian anyway, Kevin is so much bigger than life.

Brian is like Norman(?) in Psycho- he walks around the house in FH's old cloths and pretends he's a real writer. Scarry shit.

Brian is like Norman(?) in Psycho- he walks around the house in FH's old cloths and pretends he's a real writer. Scarry shit.

... I can actually imagine him doing that. Too bad he doesn't chase comb-over with a huge meat cleaver.
by GamePlayer
"It isn't as if Kevin were a maniac, a raving thing...it's just that...sometimes he goes a little mad. We all go a little mad sometimes. Haven't you?"

Hehehehe, pretty much every time I read about his "strengths" as a "writer"

EDIT: Damn, where is that crazy smiley? I NEED it